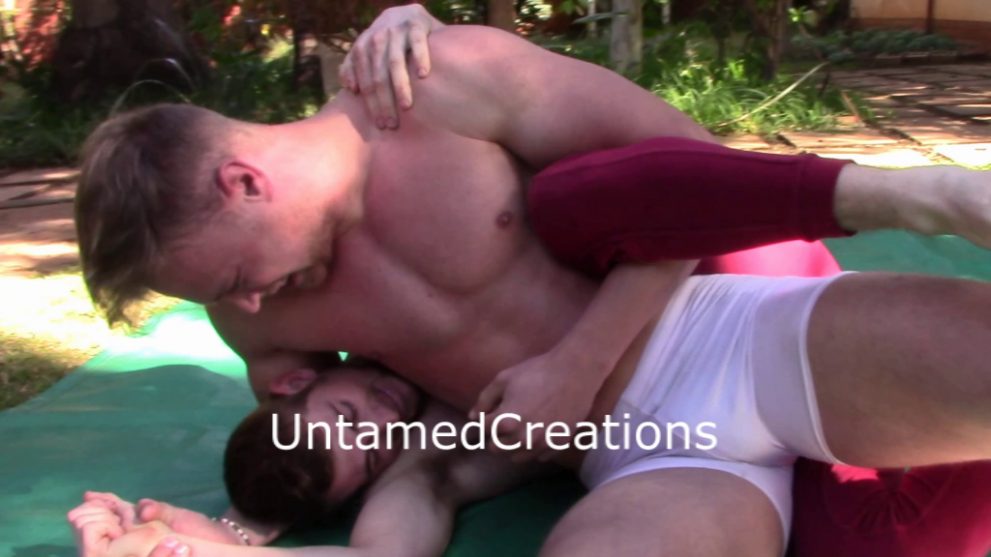 V250 I’m Not Done! starring Daniel and Louis. NEW RELEASE. Daniel has been doing some serious working out, and he’s buffer than he has ever been. Louis tells him muscles don’t make him a good fighter! After an exciting arm wrestling competition Daniel challenges Louis to a match. He has never been able to beat Louis before, but maybe this time! Louis never passes on a chance to smack down a gym bunny! This video is 46 minutes long.