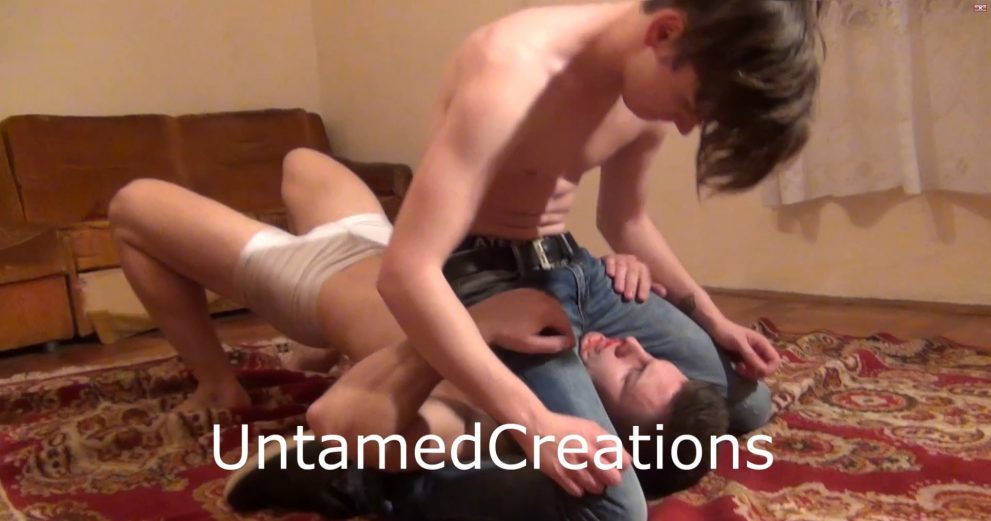 UBV110 The Consequence, starring Jack and Corey. A couple of weeks ago Corey broke into Jack’s house, knocked him out, tied him to a chair, and dished out a beating. He took a big risk! Jack has now fully recovered and it’s his turn to visit Corey’s house. The difference is that Jack does not need to tie his victims up. Squash the gym bunny Jack! This popular video, first released in March 2015, is 27 minutes long.