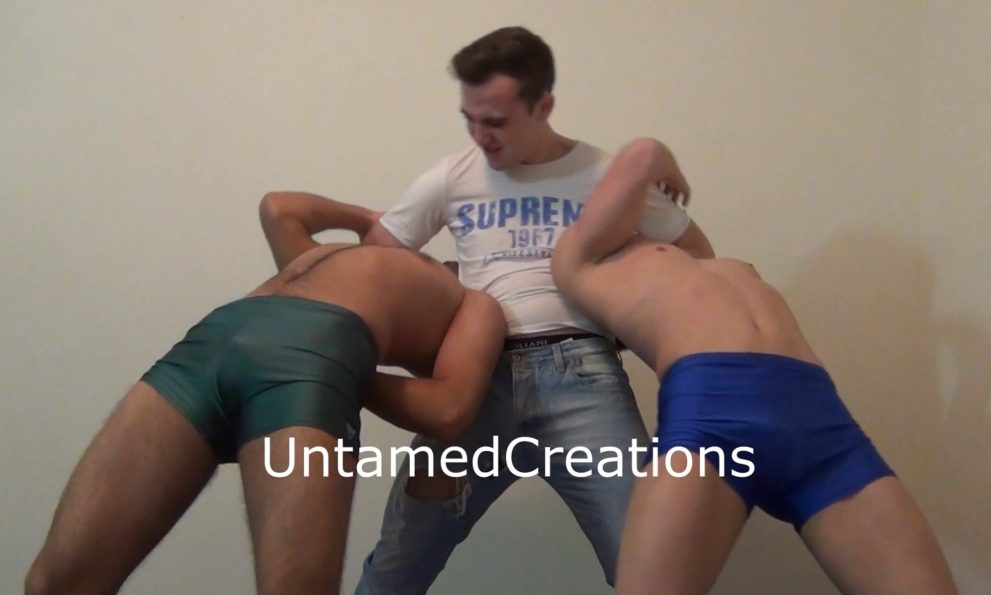 UBV164 All Show, No Go! NEW RELEASE. New guy Ian is watching Benjamin and Spencer wrestle. When Benjamin has beaten Spencer, he decides to bring Ian onto the mat. Ian seems to have some big guns, but when Spencer wakes up he joins in with Benjamin against the big guy. At the end it’s just Benjamin and Ian again. This video is 46 minutes long.