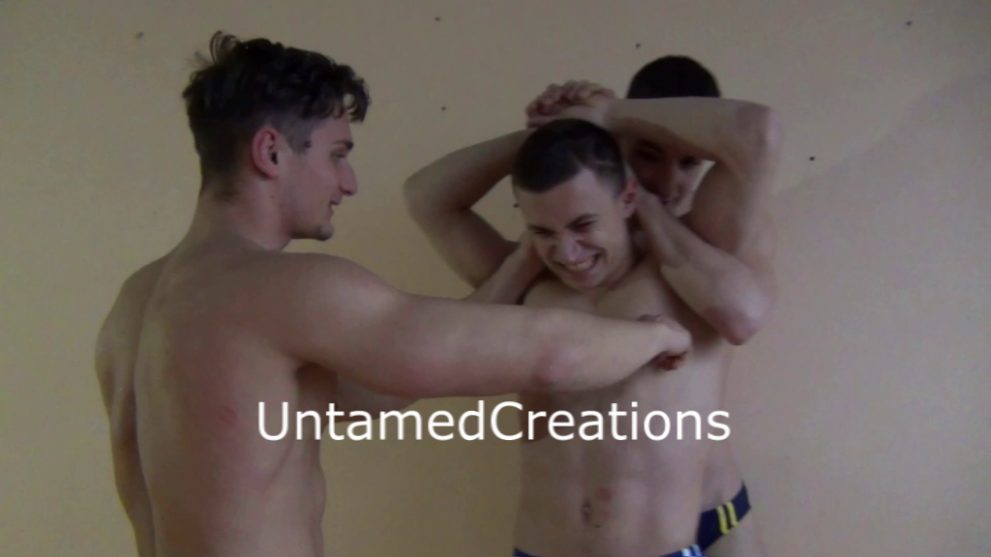 UBV236 Three to Go! starring Ricky, Enrique and Jason. NEW. Enrique and Jason are having an energetic knock around when Ricky arrives. Ricky starts on Enrique and poor Enrique only gets a rest when Jason comes to his aid. For a while the two double team Ricky. Ricky then takes Enrique down and gleefully squashes Jason. Mr Muscle shows us who’s boss, with style. This video is 32 minutes long.