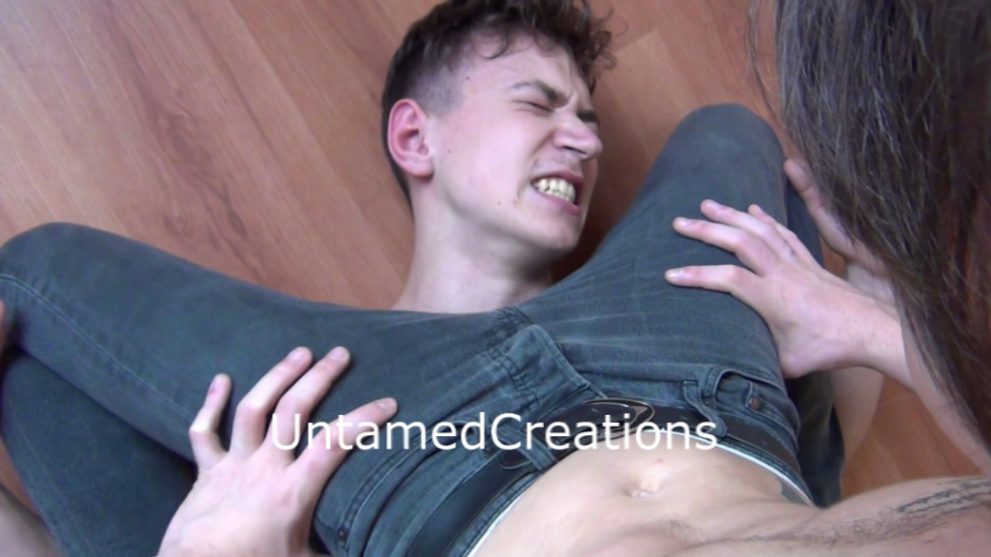 UBV239 Squash Jockey, starring Jack and Ricky. NEW. Jack is in his element playing the arrogant, merciless bully! Ricky suffers beautifully as Jack plays with him and knocks him around the room like a rag doll! Jack particularly enjoyed flexing his puny muscles in the face of Mr Muscles Ricky. After the match, Ricky angrily forced us to set up a rematch. He wants payback! This video is 34 minutes long.