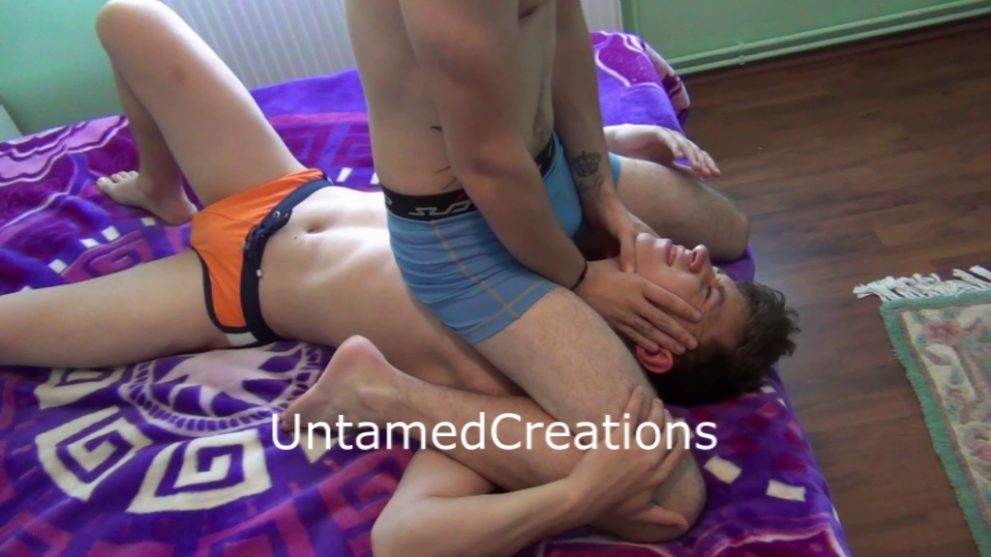 UBV243 Slow Burn, starring Jack and Ricky. NEW. Jack is once again looking for some action, and when Ricky refuses to get him a drink he pounces! When Jack has one of these vibes going, the other guys don’t have a hope in hell of taking him down. Ricky gets the treatment and he takes it like a man! Squash job cubed! This video is 30 minutes long.