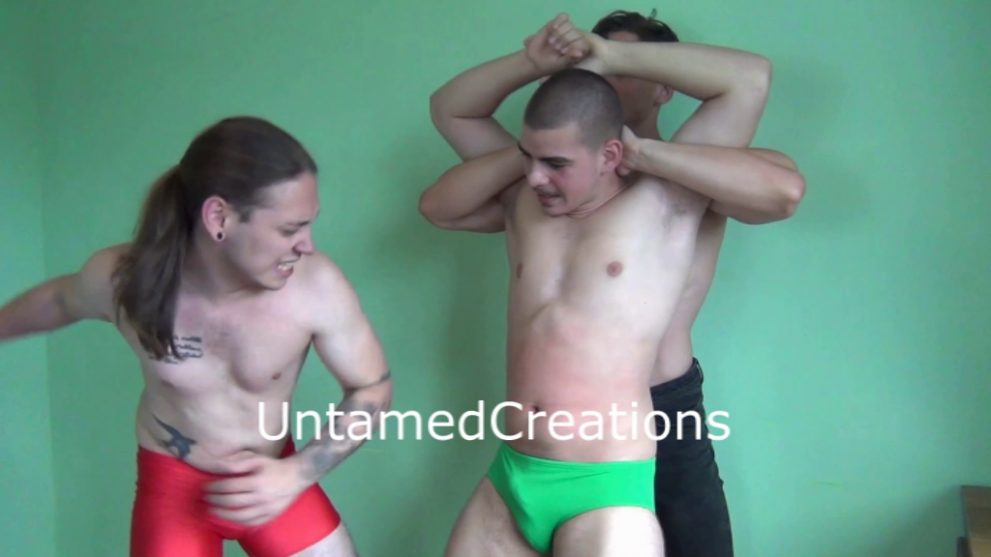 UBV277 Gutbash 26, starring Oliver, Jason and Jack. NEW. We start out with Jack and Jason arguing. When Oliver arrives they turn on him, taking it in turns to work on Oliver’s abs. But then Jack and Jason start arguing again and Oliver joins Jason to take on Jack. When Jack is finished, Oliver takes care of Jason too. This Untamed Creations video is