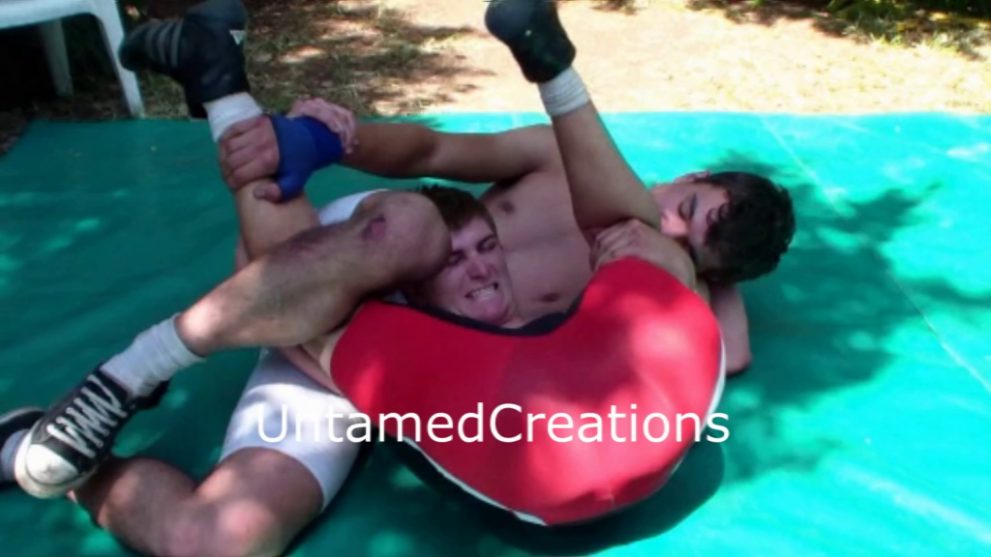 V035 Title Fight 2 – Louis persuades Nico to let him have a shot at the Untamed title. Nico tries to explain the rules to Louis but Louis knows there’s only one rule at Untamed Creations – ‘There Are No Rules!’. This popular video, first released in 2011, is 40 minutes long, with equal time spent fistfighting and submission wrestling.