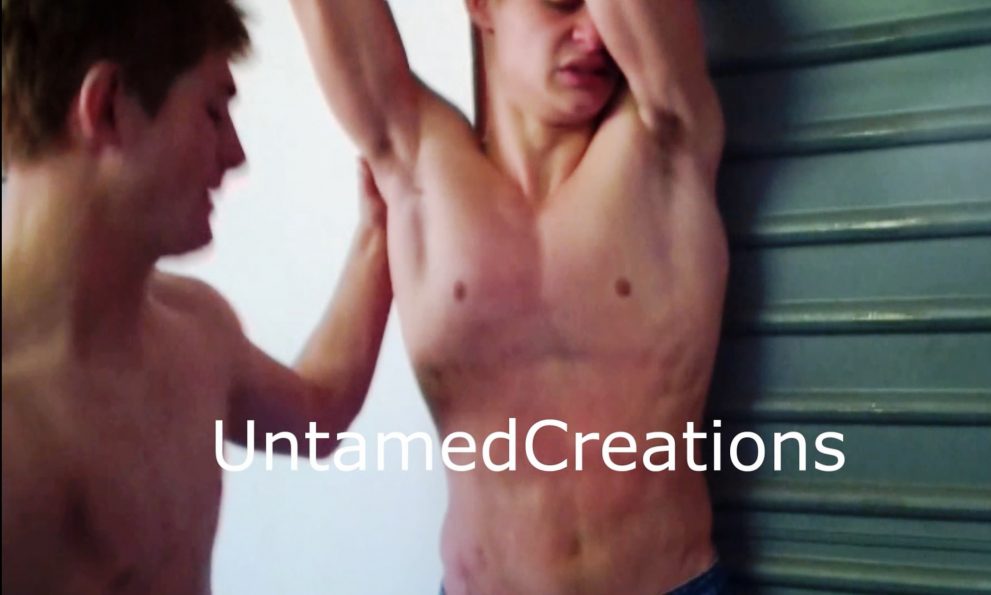 V069 Ab Attack, starring Louis and Conley. This is one of our top sellers, originally released in 2012. Louis suspects Conley of playing around with his girlfriend, and he wants to frighten the young punk off. In the first half of this video Louis tries to turn Conley’s abs to jelly. In the second half, Conley shows Louis who’s the boss. This action packed video is 52 minutes long.