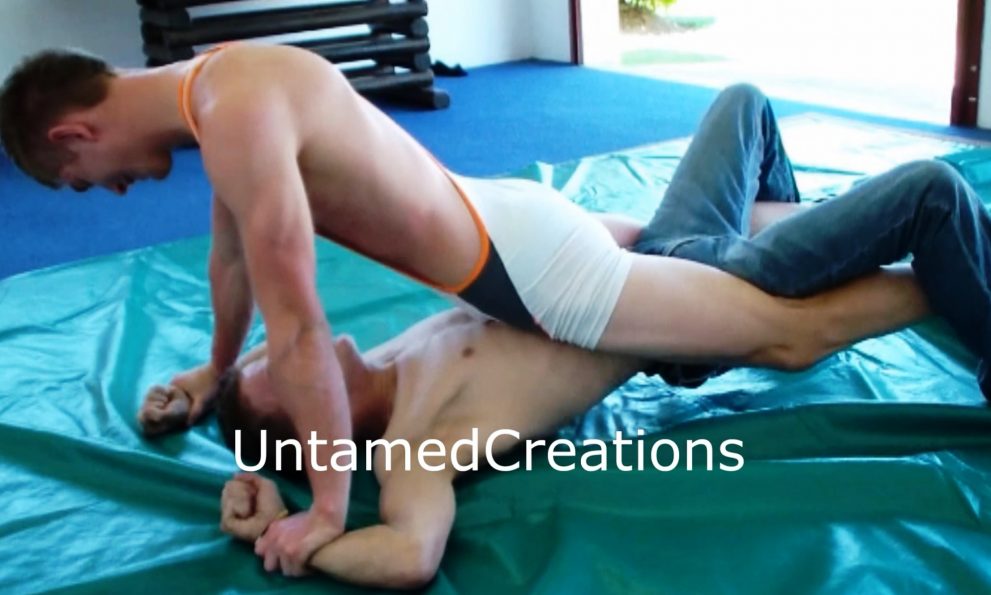 V097 Sissy Sport. Sam and Louis are hanging out and talking sport when Sam tells Louis he thinks wrestling is for sissies. He thinks it’s all fake. Louis tries to explain the difference between the stuff you see on TV and real amateur wrestling. In the end Louis decides on persuading Sam to change his point of view with a practical demonstration. The wrestling is real and Louis dishes it out without mercy. First released in June 2013, this video is over an hour long.