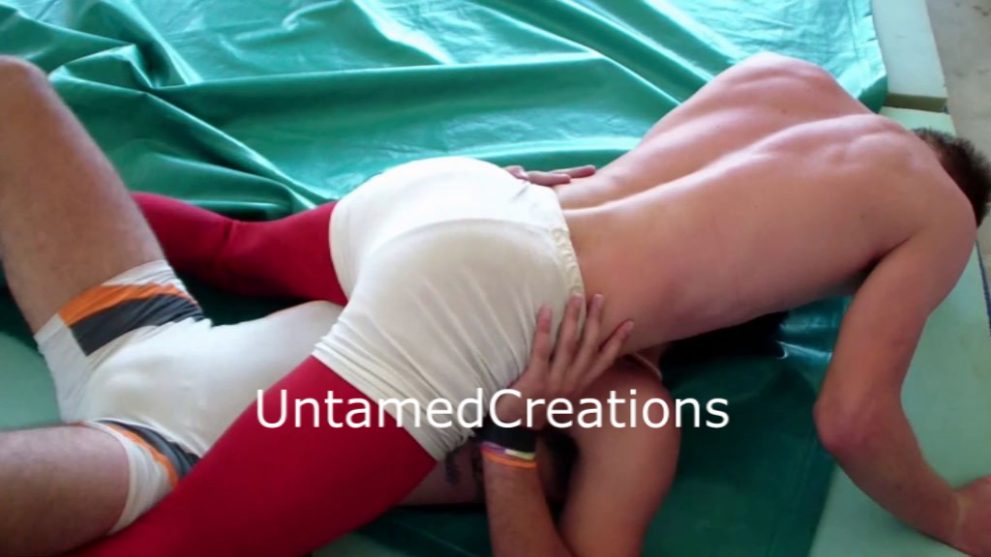 V100 Losing Battle, starring Louis, Nico and Zandré. Nico and Zandré have lost to Louis so many times in real submission wrestling sessions that they decide to challenge him to take them both on. Will Louis be able to beat both of them in a 100% real submission wrestling session? What do you think? This popular video, first released in 2013, has been re-mastered and is 45 minutes long.