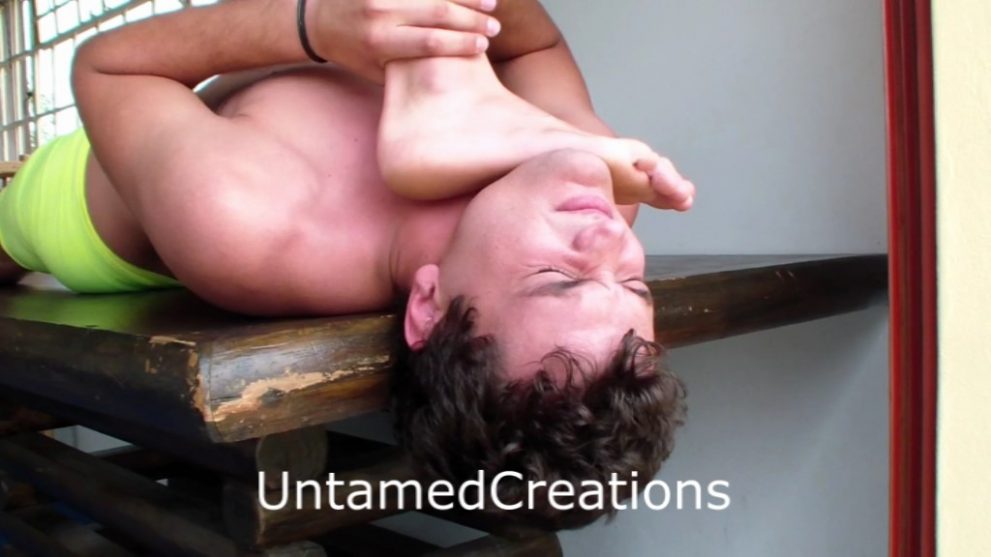 V148 Let’s Get Physical! starring Daniel, Jessie and Nico. A few weeks ago Nico took a beating from Daniel, and now he wants payback. Nico fails to notice Jessie is in the room when he attacks Daniel, and Jessie is more than happy to help his friend dish out a total beating to bad boy Nico. Lots of gutpunching in this 2 on 1 squashjob. This Untamed Creations video was first released in 2014. It has been re-mastered and is 45 minutes long.