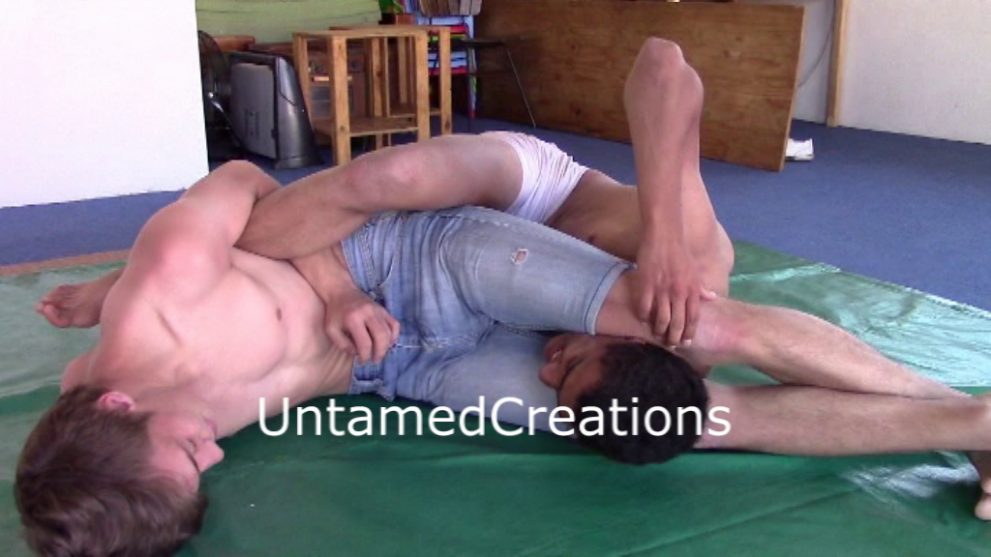 V152 Let’s Do This! Leroy thinks Armand is getting too big for his boots after winning a few fights with the bigger guys. Armand thinks Leroy is a skinny pussy who should keep his opinions to himself! Leroy uses surprise tactics to take an early lead, but Armand is no pushover, and they have a fairly even match, with the winner only emerging right at the end. This popular video, first released in 2014, is 40 minutes long.