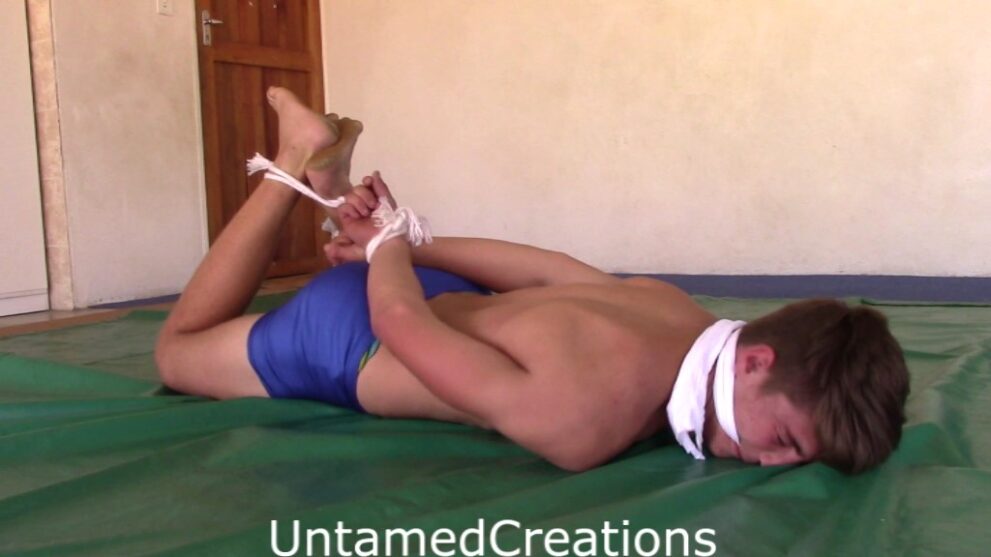 V208 You Will Regret This!starring Armand and Ryan. Armand is boasting about his success at Untamed. Ryan challenges him and soon realises that he’s totally outclassed. Ryan knows there is only one way he will win this match. After changing, he knocks Armand out and ties him up, then he takes advantage of the situation. However, Armand escapes, and Ryan doesn’t know what’s hit him! This Untamed Creations video, first released in 2016, has been re-mastered. It is 51 minutes long.