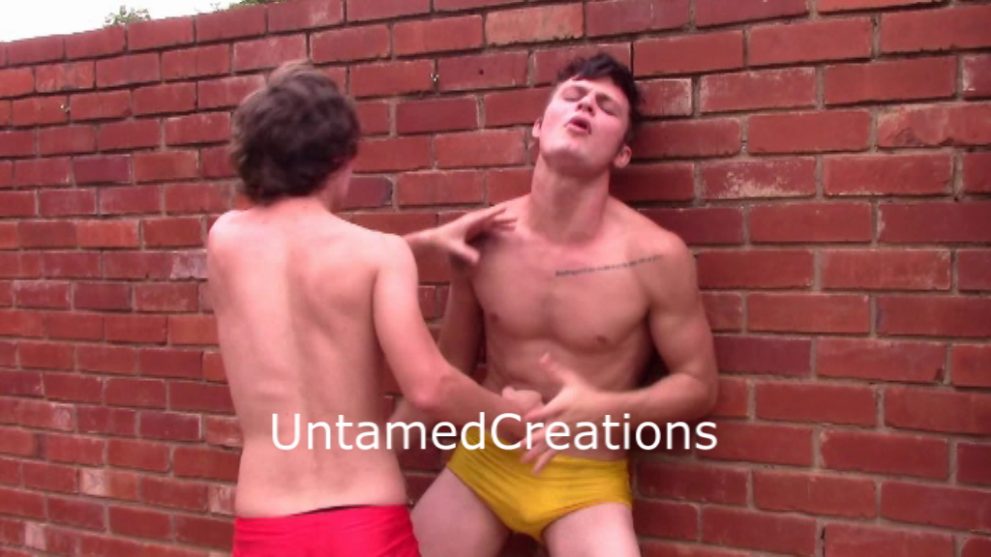 V229 Be Prepared! starring Evan and Conley. NEW RELEASE. Conley has been badmouthing Evan, and the little guy wants payback. At first it looks like little Evan is going to get owned by muscle boy Conley, but Evan manages to get control and he lets loose. Conley eventually gets back on top, but not for long. This video is 46 minutes long.