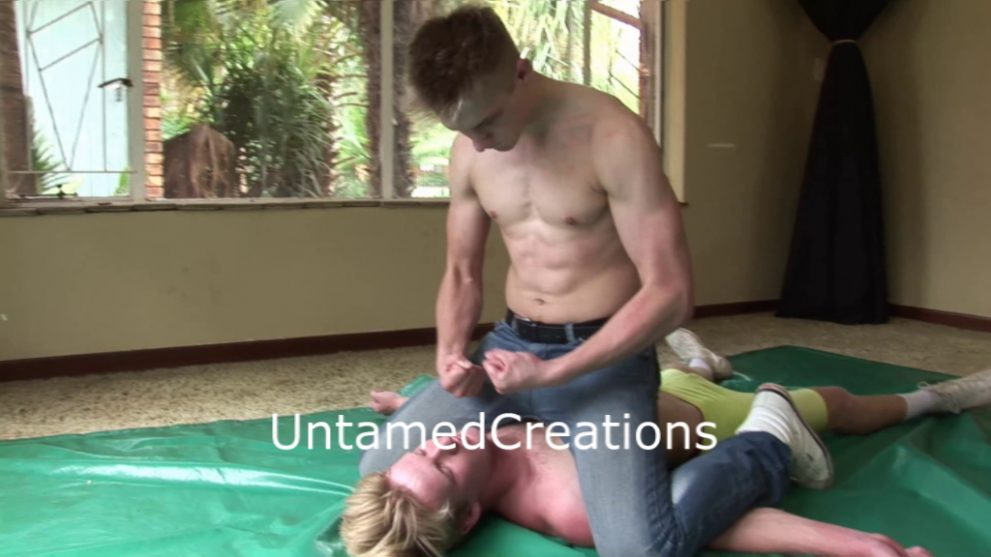 V280 This is Too Easy! starring Jay and JC. NEW. A few weeks ago Jay suffered a total smackdown at the hands of JC, and he won’t let it go! The pretty blond wrestler forced us to arrange another session so he could get payback. JC just doesn’t know what’s hit him as Jay goes to work. Now it’s JC’s turn to suffer a total smackdown. Jay enjoys punishing JCs abs, and he does it large! This video is 30 minutes long.