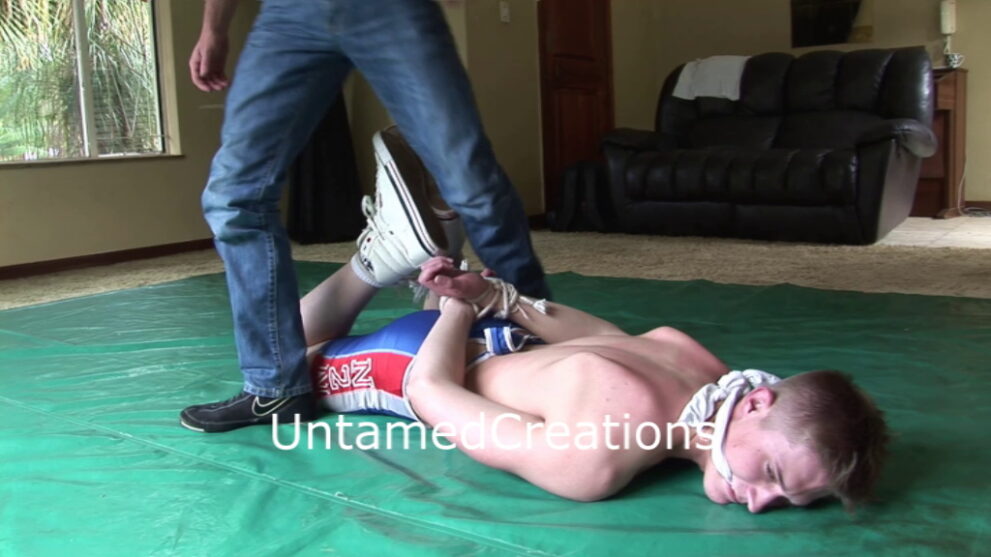 V297 Clothes Maketh The Man! starring Louis and Jay. NEW. When Louis, who is an experienced wrestler, sees Jay wearing a wrestling singlet he is disgusted. ‘Just because you’re wearing a singlet doesn’t mean you can wrestle!’ he tells Jay. Jay accepts a challenge from the self-proclaimed ‘best wrestler in the World’, and Louis takes him down! Louis plays the bully beautifully, putting Jay through his paces with ease. This video is 30 minutes long.