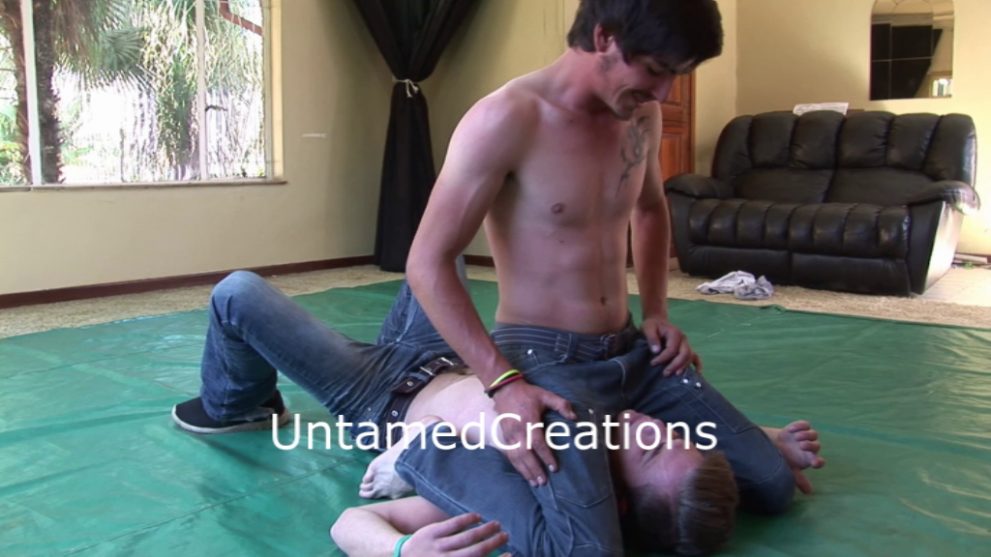 V313 Demolition 16, starring Jessie and Dillon. NEW. We found this video in the lost folder. It was filmed a few years ago, before Jessie grew his muscles. Even without them he was able to dish out a thorough squash job on Dillon. Dillon had been to visit Conley who was recovering from an earlier match with Jessie. He should have known better than to complain. Squash City. This Untamed Creations video is 46 minutes long.