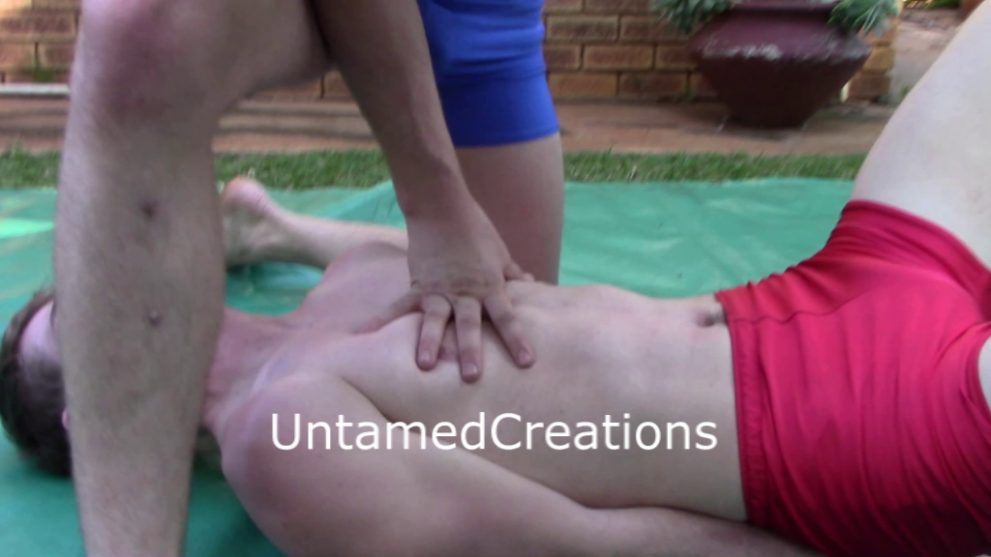 V314 Ab Attack 22, starring Louis and Conley. NEW. Conley is showing off again. He’s been working on his six pack, and it’s pretty impressive. His boasting irritates Louis, who is working on his own abdominal muscles, and when Conley invites him to test his abs, Louis goes for it! Conley then goes for Louis and has an unusual streak of luck, but it doesn’t last long! This Untamed Creations video is 30 minutes long.