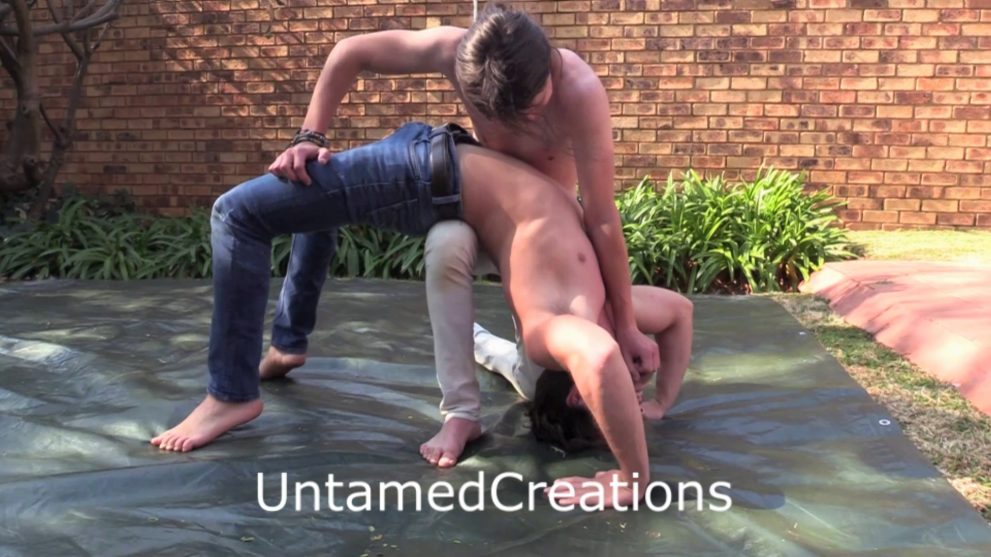 VB002 I’ve Been Practicing! Starring Evan and Freddy. NEW. After the humiliating defeat he suffered at Evan’s hands, Freddy went away and practiced hard. Now he wants another chance to use his superior muscle power to crush Evan. He certainly does better. He even gets a few holds on, but Evan is a hard nut to crack. This Untamed Creations video is 31 minutes long.