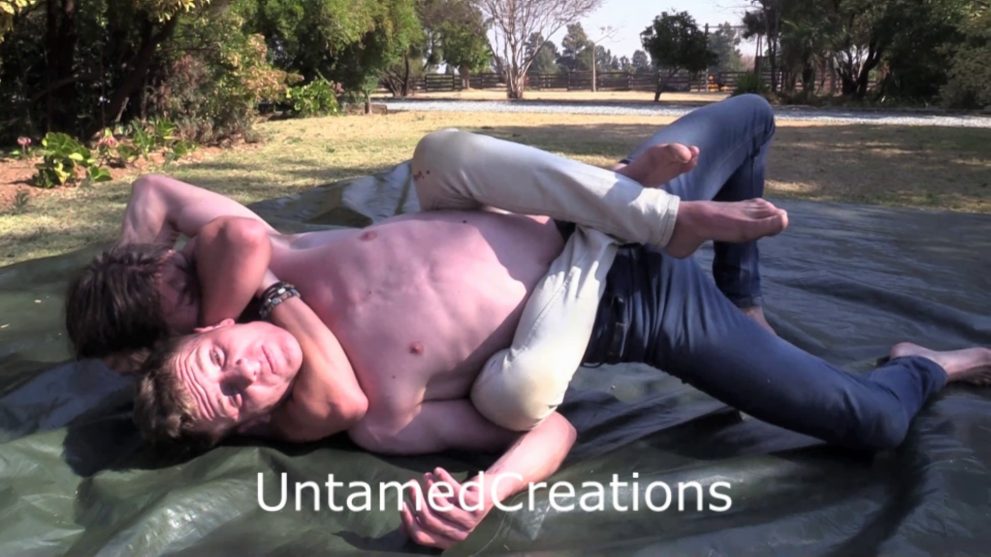 VB003 Party in the Park, starring Evan and newbie Nick. NEW. Nick might be new, but Evan is not going to cut him any slack. The rookie does better than we expected him to do against spunky Evan. He manages to get a few holds locked on. But Evan is too skilled and ferocious to let him get too much of his own way. This Untamed Creations video is 34 minutes long.