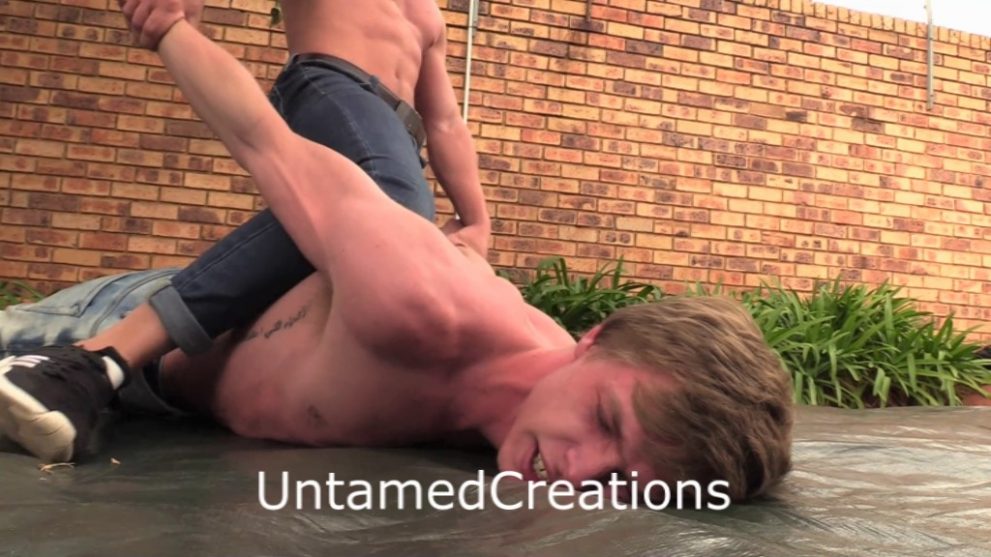 VB005 Oh Brother! Starring Freddy and newbie Tom. NEW. Freddy has a new girlfriend and Tom is not happy, because she is his sister. He wants to warn Freddy off, but ends up getting squashed and insulted! Tom spends most of his time either on his back or on his stomach as Freddy shows him who is boss. This Untamed Creations video is 33 minutes long.