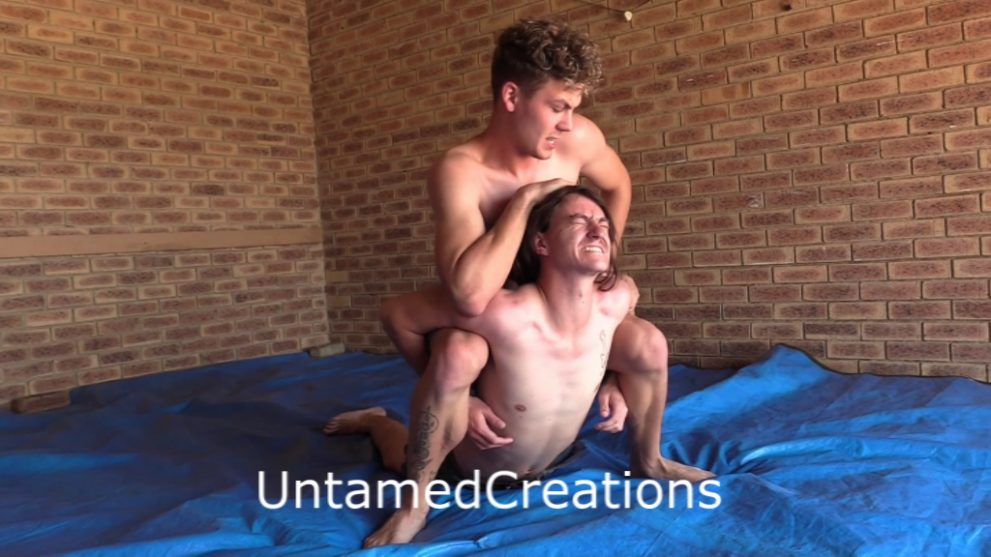 VB011 Back to Front, starring Dallas and Evan. NEW. Dallas did so well in his last match we thought we would put him up against a really tough opponent. Dallas accepted the challenge, but at first it looks like he is totally outclassed by Evan. Once Dallas has time to catch his breath though, he shows Evan he is no pushover. This Untamed Creations video is 32 minutes long.