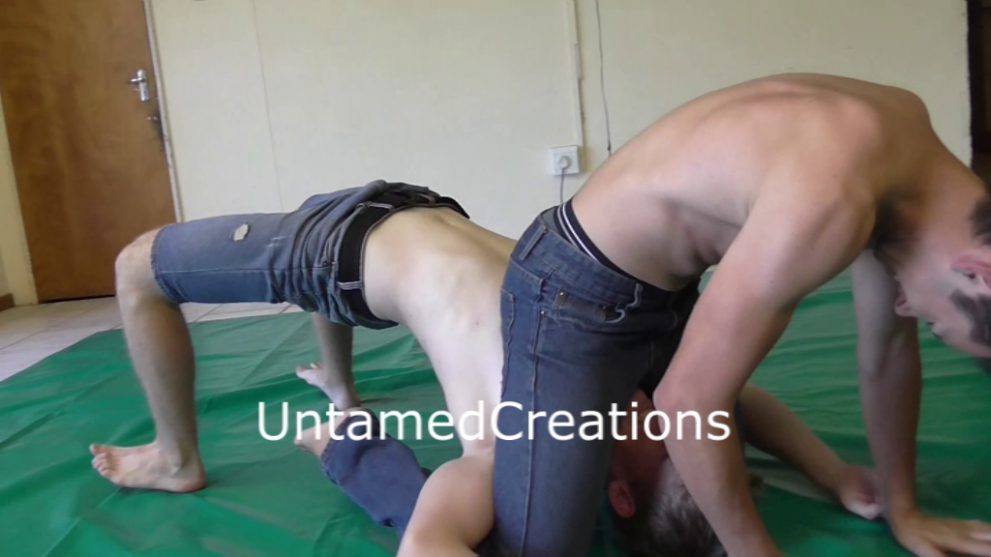 VJ003 I’m a Black Belt! Starring Felix and Tyrone. NEW. Even though Felix is a black belt, Tyrone still thinks he can beat him. He thinks his muscles and strength will overpower Felix’s skills. Felix gets angry and tells Tyrone to show him what he’s got. Felix really is a skillful proponent of karate, but Tyrone has a few moves of his own! This video is 31 minutes long.