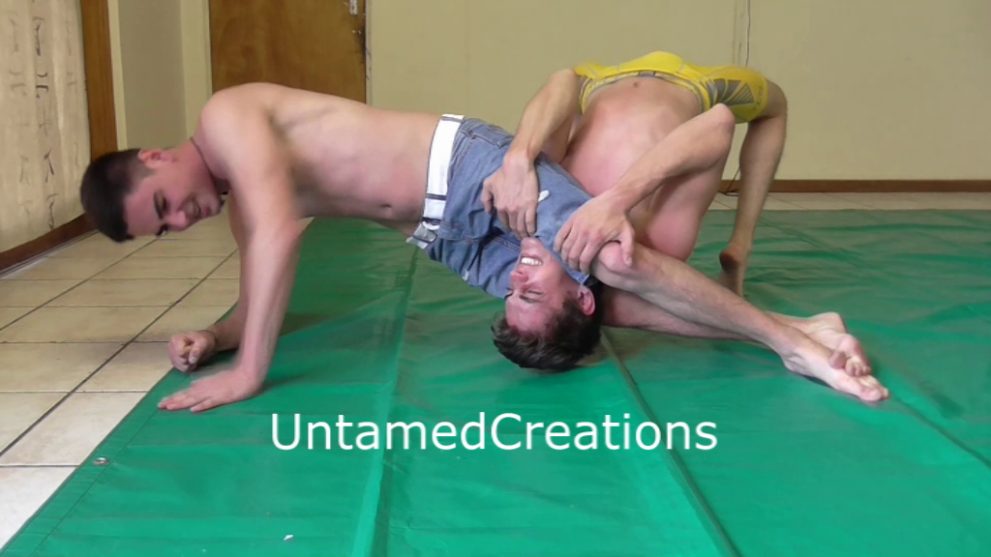 VJ034 You Taught Me Too Well! starring Owen and Jessie. NEW. The team have been on Jessie’s back since he lost to Janie, and he is sick of their taunts. When Owen starts giving him a hard time, Jessie explodes with fury. At first it looks like Jessie may have lost his mojo, as Owen goes to work on him, but Jessie eventually turns the tables and shows Owen who’s boss. Owen must now face Janie himself. This video is 33 minutes long.