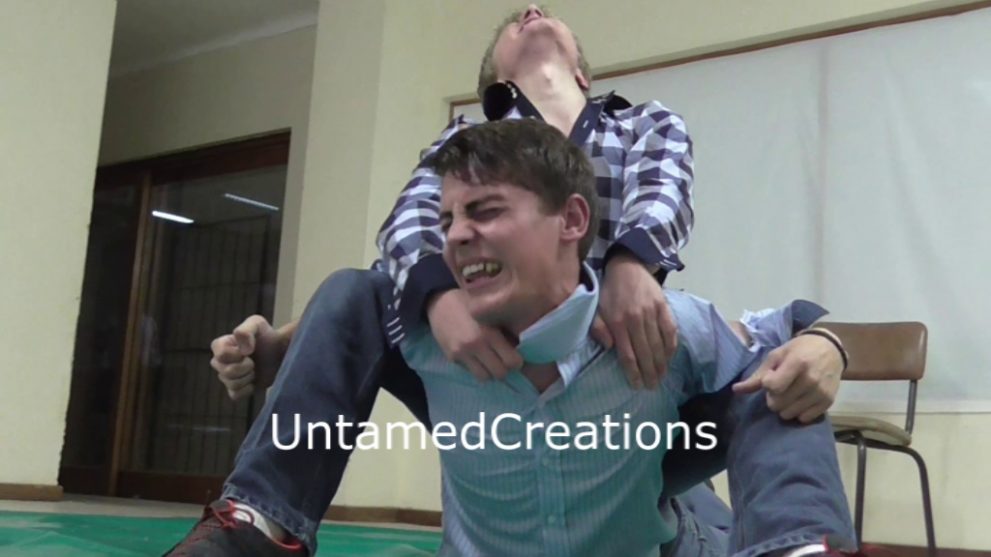 VJ057 Collarless 5, starring Jessie, Owen and Henry. NEW. Jessie wants to join the coolest fraternity, but he must persuade Owen and Henry that he’s cool enough. He wears his favourite shirt for the interview, but Owen and Henry just make fun of him. When they find new shirts in Jessie’s bag, Owen and Henry try them on, but Owen insults Henry and the action starts anew. When Jessie finds them destroying his shirts, he finishes the job. This video is 32 minutes long.