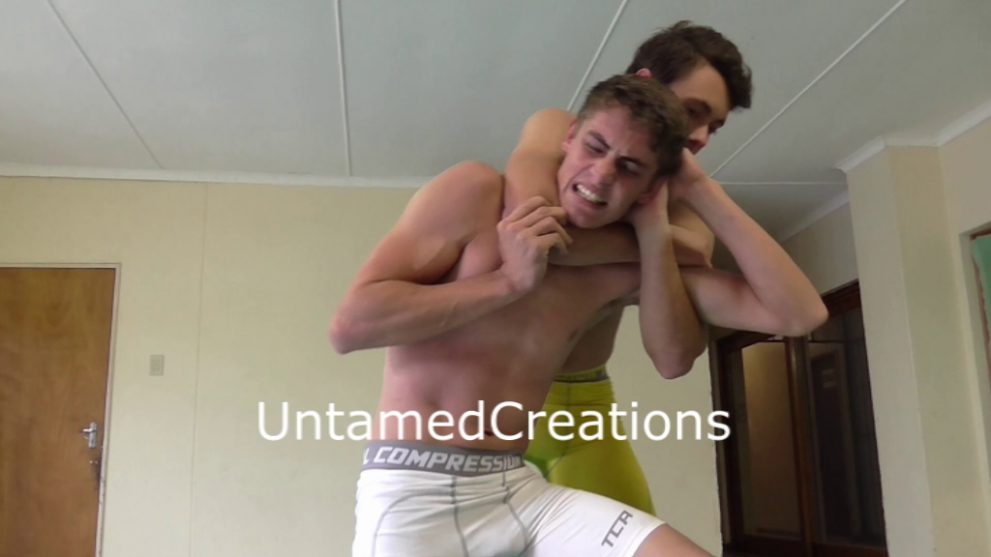 VJ064 Respect! starring Owen and Tyrone. NEW. When Tyrone accidentally crashes into Owen, Owen decides to teach him some respect. It doesn’t take much to give Owen reason to issue a challenge. At first it looks like this is going to be one of Owen’s squash jobs, but Tyrone isn’t so easy to put down, and Owen finds himself on the receiving end. This video is 31 minutes long.