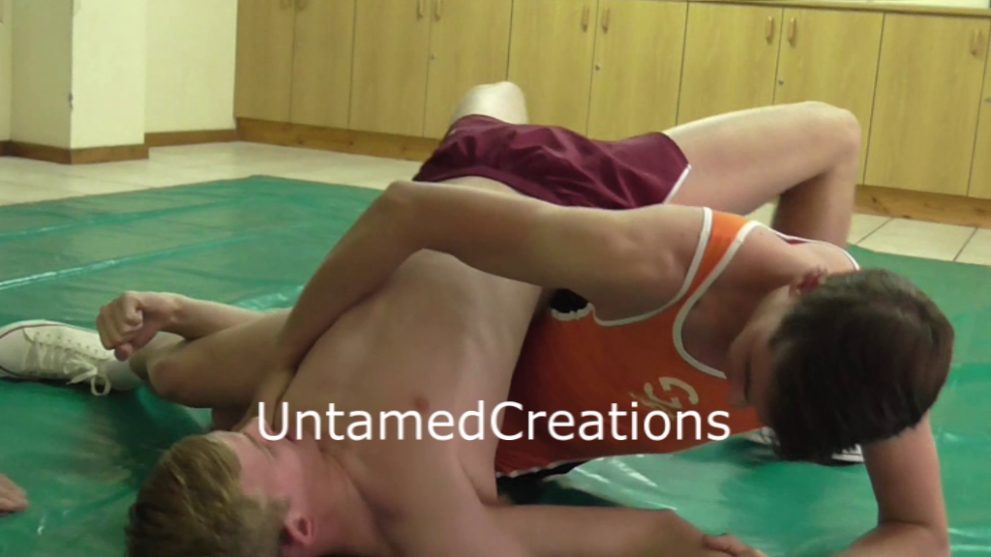 VJ073 Submission 9, starring Owen and Cody. NEW. Cody has been badmouthing Owen, even though Owen beat him last time they met up for a submission match. Now Owen, highly competitive, wants to sort it out on the mat! Cody is as arrogant as ever, determined to show Owen he’s got to be happy with second best. Owen gets the first pin, but Jessie proves to be a little partisan. Can Owen keep on top? This video is 32 minutes long.