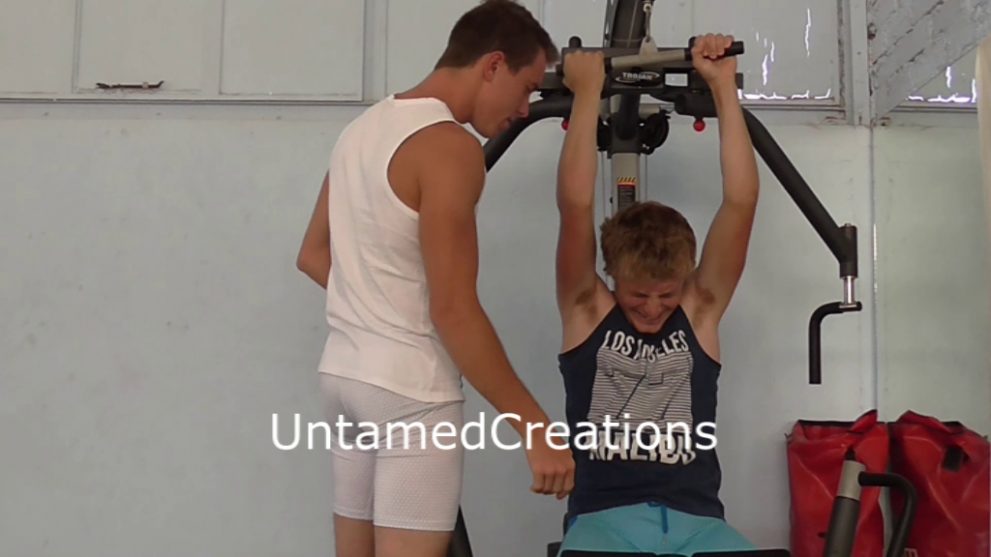 VJ140 Demolition 15, starring Tim and Henry. NEW. Henry is working out, minding his own business, when Tim decides to give him some advice. When Henry refuses, Tim decides he wants to inflict some “training” on Henry. Poor Henry just wants it to stop, but Tim is having a great time! It’s not often Tim gets to play the bully, and he clearly enjoys it. This Untamed Creations video is 33 minutes long.