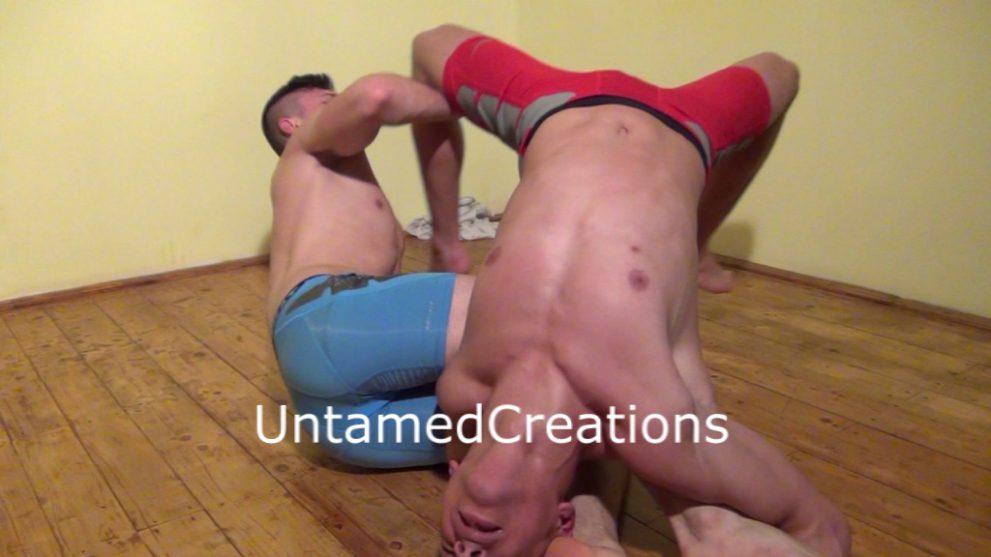 UBV067 It’s a Deal! – When Mark’s deal with Christian goes wrong, they need to sort it out in the manly way! This is a really fast paced session with the lads shirtless in jeans for the first half, and wearing combat shorts for the second half. Originally released in 2014, this popular video is 52 minutes long.