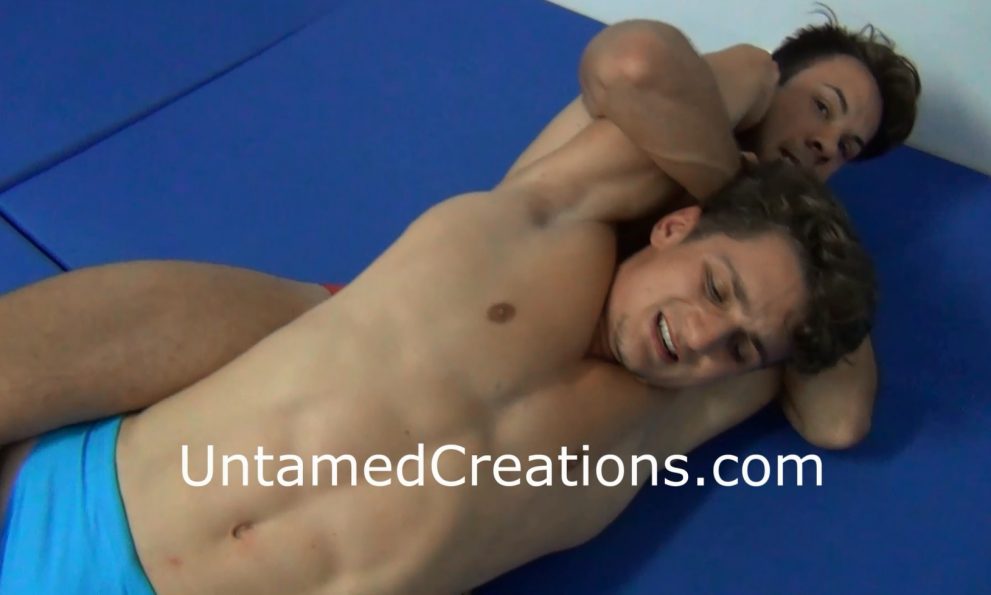 UBV145 Swell Thing. NEW RELEASE. Jason is warming up when Villy arrives stripped to his waist in jeans. Villy beats up Jason and bully pins him, at which point Jason invites him to wrestle. Villy gets into his speedos and the guys get to it. At first Jason prevails, but Villy comes back with some nice wrestling holds. At the end the guys resort to fisticuffs! This video is 49 minutes long.