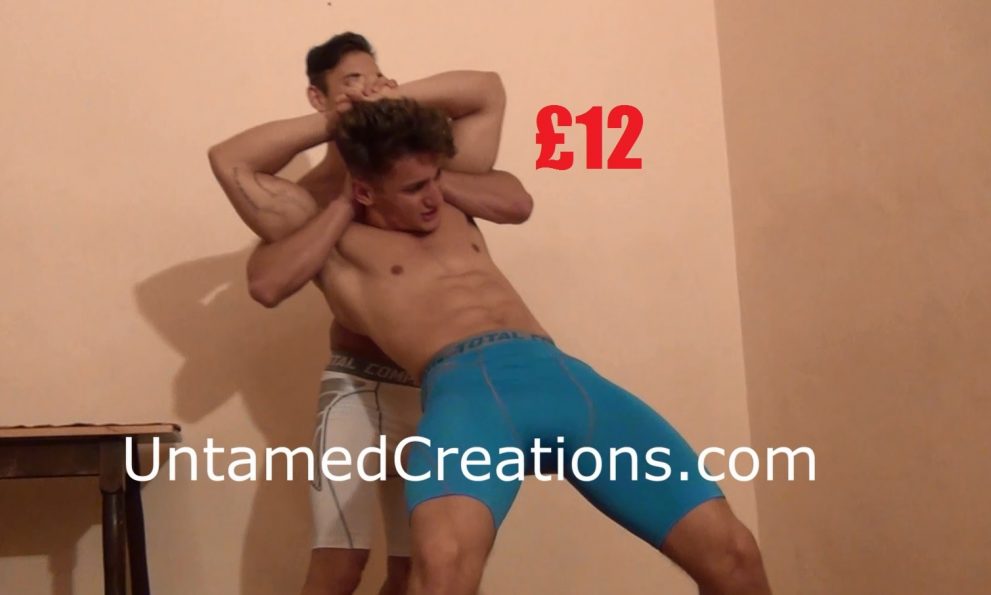 UBV147 Sweet Dreams! NEW RELEASE. Spencer has had enough of arrogant muscle hunk Jason giving him unwanted advice on DIY. Jason is really asking for it, and he gets it! Spencer demonstrates the superiority of his bodybuilder’s muscles as he knocks Jason around the room, ties him up and sends him to the Land of Nod. The guys wear jeans and jogging shorts for the first 8 minutes, then strip down to combat shorts. This video is 31 minutes long.