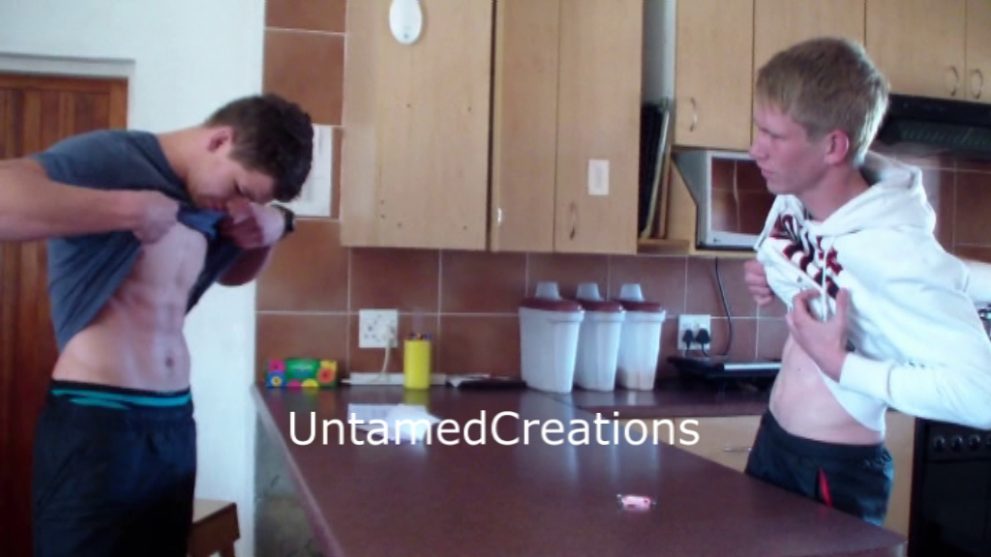 V151 Ab Attack 6 Abs of Steel, originally released in December 2014. Zandré is boasting to Ferdi about his new workout routine which has resulted in a six pack better than any other. But Ferdi reckons he’s the one with Abs of Steel. The guys get their wrestling trunks on and test each other with some very powerful gutpunching, with both guys giving and taking punches on the mat, against the wall and on the table. This video is 55 minutes long.