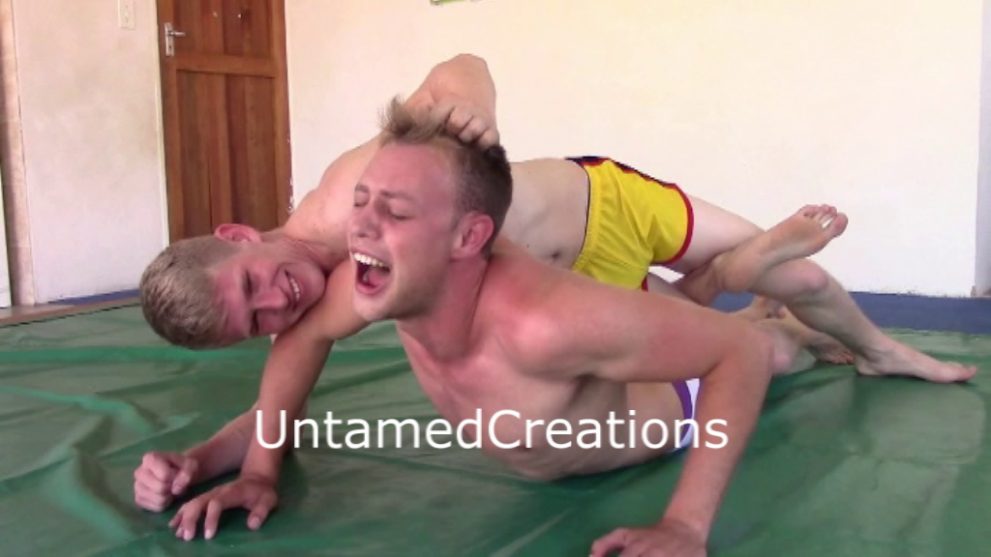 V172 Table Dance, starring Daniel and Ferdi. A few weeks ago Ferdi took a pounding from Daniel and Armand, and now he wants some payback. He finds Daniel all alone, and Ferdi goes for him big time! He puts Daniel in a punishing series of painful submission holds, enjoying Daniel’s moans and groans. Ferdi doesn’t limit himself to wrestling holds though; he’s handy with his fists too. This popular video, first released in 2015, is 31 minutes long.