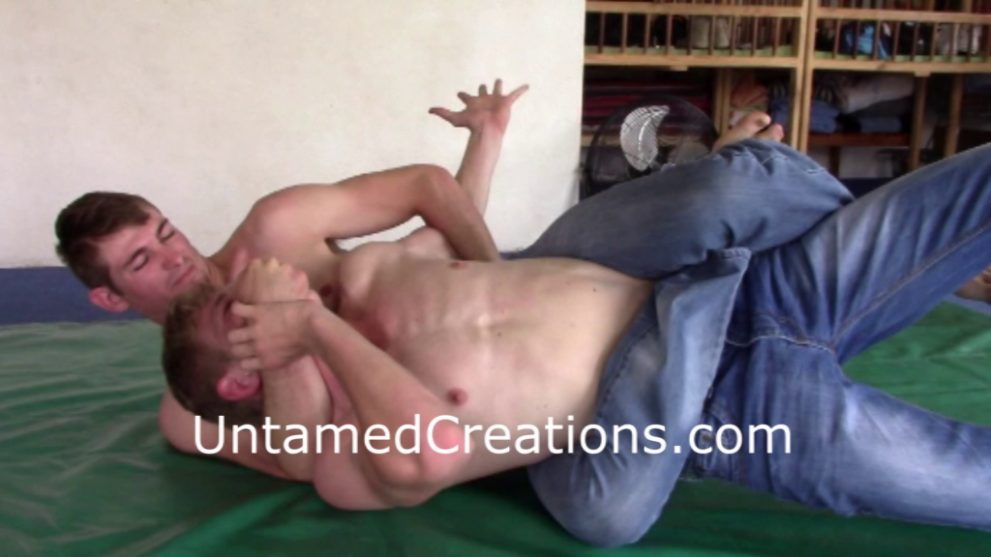 V193 Handgag 6, starring Louis and Ferdi. NEW RELEASE. Ferdi knows Louis has been winning most of his matches recently, so he doesn’t really want to go up against him. Louis insists however, so Ferdi decides to use a series of handgags, hoping to knock Louis out quickly. Louis manages to take control after a while, and Ferdi has to work hard to get back on top. This video is 30 minutes long.