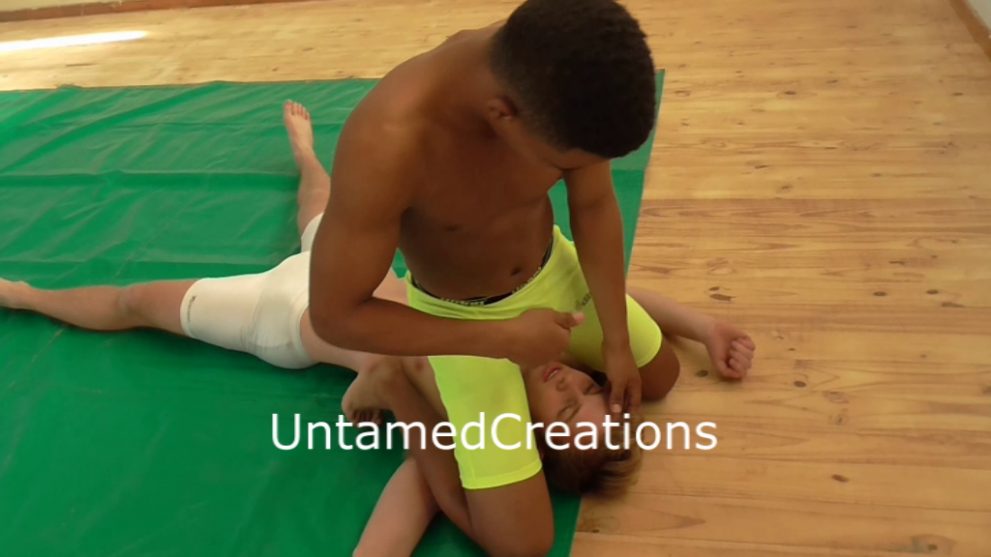 VJ099 Do You Think You Can Take Me? starring Cody and Wyatt. NEW. Wyatt wants a shot at the title and he thinks he can get a match by demolishing Cody. First, he asks Cody if he thinks he can take him, and as Cody tells him yes, Wyatt kicks him in the guts. Cody struggles bravely but he can’t turn the tables and eventually it looks like Wyatt will get what he wants. This video is 32 minutes long.